New College of Florida announces poet Shira Dentz as the 2012 writer-in-residence. Now in its 11th year, “The college is truly…

The Artist Series Concerts of Sarasota presents “It’s About Time” A Tribute to Frank Sinatra, Nat King Cole, The Gershwin’s, and more; starring Gail Nelson, singer, at the Historic Asolo Theater, located in the Visitors Center of the John & Mable Ringling Museum of Art. http://www.artistseries.net/

Gail Nelson offers a diverse performance history from stage, concerts, film and symphony with a little fun on the side.…

The Music Man is at Venice Theatre

Take a stroll on the streets of Venice while admiring art from artists across the US.  The 11th Annual Venice Art Festival is becoming a popular tradition for locals and visitors.  Set up along West Venice Avenue in the heart of Downtown Venice, this festival brings together longtime favorites and the newest names in the contemporary art scene. Life-size sculptures, spectacular paintings, one-of-a-kind jewels, photography, ceramics,…

Yentl at the Asolo Rep Theatre

Vote for Sarasota as the #1 Arts Destination in the US

We have an opportunity to win another national accolade for Sarasota. American Style Magazine is currently conducting its national survey for the #1 Arts City in the USA.

Last year, Sarasota ranked 5th in the nation. This is a vote-driven survey so we need your vote and the votes of your circle of influence to make Sarasota #1. The contemporary music series New Music New College has announced that one of its Crossroads 4 concerts will be dedicated to the memory of Sam Rivers, the late great saxophone player who was originally scheduled perform… The Ditchfield Family Singers present their newest show: "The Music of Your Life" The Ditchfields showcase a wide variety of musical styles from the artists that dominated the American music scene for 5 decades. Featured in this show will be favorites from Bing Crosby, Frank Sinatra, Ella Fitzgerald, Judy Garland, Mel Torme, Nat King Cole, Tony Bennett, Doris Day, Dean Martin and many more!

Enjoy this wonderful journey down memory lane as… "Hocus-Pocus," is how Helen Romeike-Wisniewski describes her work. "Now you see it, now you don't,"…

Light Space & Time Online Art Gallery announces a call for entries with the theme “CityScapes” for a juried art competition for the month of April 2012.  The gallery invites all 2D artists regardless of where they reside and regardless of their experience or education in the art field to send us your best interpretation of the theme “CityScapes” by depicting cities,…

Gwyneth Walker will be in town the week preceding the concerts, and will be rehearsing with Belle Canto on… Shefqet Avdush Emini In 2011 Embassy of Kosovo in Den Hague. It was an innovating challenge for the embassy in Den Hague to promote Kosovo’ identity as newest country in Europe . 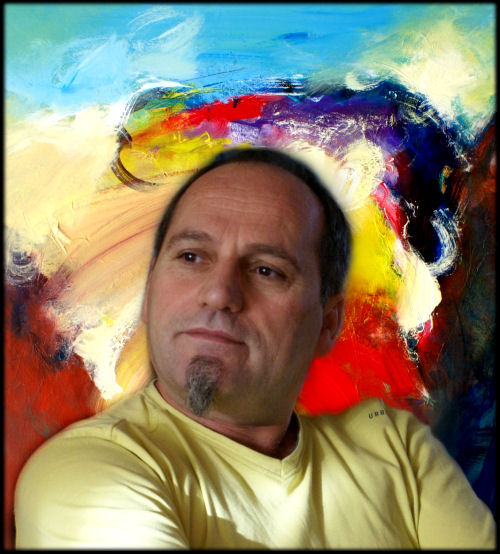 Shefqet Avdush Emini, an international recognized artist, is born in Davidovc in Kosovo on 2 June 1957. He studied Visual Arts as a young man at the Art Academy in Pristina (Kosovo) and worked, after…
Continue